Common myths and facts about the root canal treatment

Home » Common myths and facts about the root canal treatment 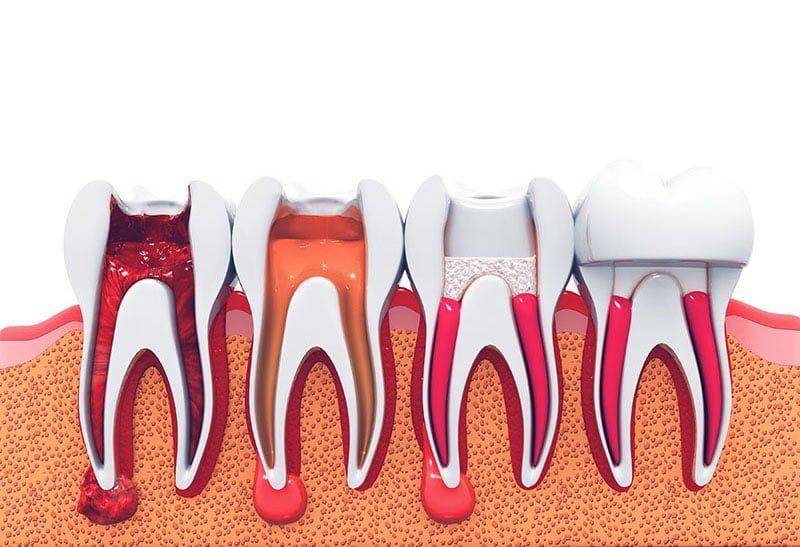 Root canal treatment is a procedure that treats the pulp and the root canal of the tooth that is either inflamed, infected, or dead. During a root canal treatment, the pulp is removed along with the blood vessels and the nerve tissues from the tooth, and the pulp chamber is sealed to prevent any bacteria from entering.

Certain misconceptions about it lead people to believe it is much worse than it actually is. Let’s examine the most widespread misconceptions regarding root canal treatment and dispel each one:

The dentist uses anesthesia to numb the gums before root canal treatment. The numbing injection hurts more than the procedure. Root canals are feared because people don’t comprehend what they are. Dentists can prescribe nitrous oxide (laughing gas) and anti-anxiety medicine, so you won’t even remember having the treatment done. Most people resume their jobs or studies the day after getting a root canal! The area is uncomfortable for the next few days, but the discomfort is not severe.

A tooth may require root canal therapy even if there is no pain, even though a throbbing toothache is typically the trigger for this procedure. When a tooth becomes unexpectedly less sensitive to heat and cold, it is not because the tooth has improved on its own. That tooth has died, so there is no longer any sensation there.

A dead tooth may develop an infection, which could then spread. Abscessed teeth can cause excruciating pain, fever, swelling of the face, and if treated poorly, even death.

It’s a common misconception that a root canal removes the tooth’s root. Instead, the dentist uses root canal files to remove the diseased pulp, decaying nerve tissue, germs, and more. Consider the tooth’s canals like an ear or waterway. After being cleared away, sodium hypochlorite is used to irrigate the canal. It has the same sensation as getting a filling.

It is usually preferable to have your natural teeth whenever possible. You only got one set, after all. Your other teeth may shift and become misaligned in the space left by a missing tooth. Bone loss might also result from tooth loss. Remember that implants and bridges are expensive if you subsequently regret your choice and wish to close the gap in your smile. Pulling a tooth that would otherwise need a root canal may be less expensive in the short run but may result in long-term harm.

There is no proof that getting a root canal makes you sick. There is proof, however, that persons with root canals are no more susceptible to infection than those who have never had one.

A tooth with a root canal treatment has an excellent chance of lasting a lifetime. A root canal fails when the patient decides not to return for a crown or filling since they feel well after the original procedure. Just because the pain has subsided doesn’t mean everything is well. It is likely that the tooth, if a molar, will require a crown. By doing this, the tooth will be shielded from the strains of grinding and chewing.

Root canals can be and are performed on pregnant women. A small x-ray is necessary for a root canal, but the radiation exposure is relatively low, and the x-ray is directed toward the mouth rather than the abdomen. If your dentist needs to take an x-ray while you are pregnant, he will cover your belly with a lead apron. The anesthetics used by dentists are also secure for expectant mothers. If you are pregnant, ensure your dentist is aware of it.